Offering a device that combines cooling lipolysis with vacuum technology. Advanced technology also enables you to adapt to each customer’s comfort level with an opportunity to treat local areas such as the chin, upper arm, lower legs.

How does it works?

It’s the next generation in cryolipolysis, otherwise known as fat freezing with its 360° stereophonic cooling system allows you to treat a significantly larger area in a shorter period of time with a more effective outcome each and every time. When the fat cells are exposed to precise cooling, they trigger a process of natural removal that gradually reduces the subcutaneous fat.

Fat cells exposed to cooling energy crystallize and induce natural apoptosis and gradually die. To gradually remove these cells, inflammatory mediators and cytokines are released to induce an inflammatory response. Inflammatory cells reduce the thickness of the fat layer by slowly removing dead fat cells over the course of several months after the procedure.
Due to the death of fat cells, lipids released from cells are absorbed into the lymphatic system and destroyed through metabolism.

CoolShaping2 not only has the advantage of the 360° stereoscopic cooling system it also has four simultaneous hand pieces allowing you to treat four areas at once or giving you the option to offer a couple of treatments. The shortened treatment time also increases the safety and minimizes the side effects including the risk of damage to surrounding tissue, thus also means better ROI and better results for your clients.

Is there any downtime or side effects?

Some patients experience redness, minor bruising, tingling, numbness, or discomfort in the treated area, but this is temporary and will resolve completely. But we recommend you avoid physically demanding activities like swimming, hiking, and sauna 3~5 days after treatment.

How does it work?

With a 360° stereophonic cooling system, the cooling surface that contact with skin is expanded. Therefore, the treatment area can be significantly enlarged to enable effective treatment.

Simultaneous application of 4 handpieces is available, thus allowing a wide range of areas including the face, abdomen, and thighs to be treated at once.

With 4 different sizes of handpieces, Up to 2 persons can be treated simultaneously.

360° Stereoscopic cooling system delivers more effective cooling energy and provides the same effect for shorter periods. The shortened treatment time increases safety and minimizes the side effects including the risk of damage to surrounding tissues. 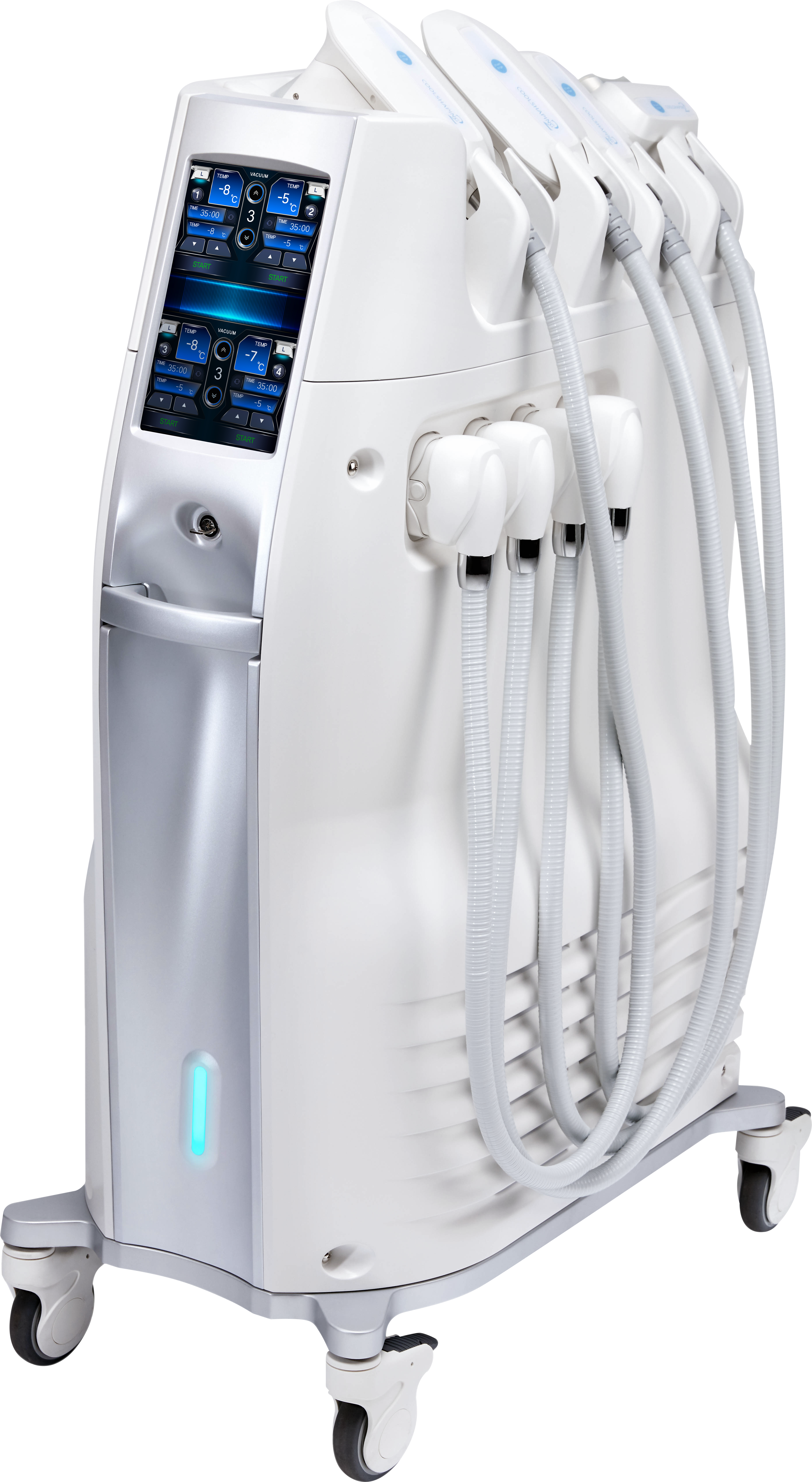